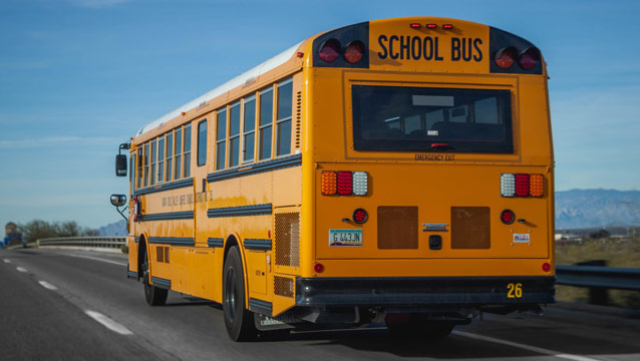 For much of my graduate student career I suffered bouts of depression, cynicism, and existential despair. It seemed either that I was failing academia or that academia was failing me. I oscillated between raging against the machine—how is it possible to read five hundred pages in a week?—and turning that rage inward—why can’t you read five hundred pages in a week? For some time after defending, I couldn’t speak of graduate school without bitterness. I took comfort in articulating academia’s sins (and continued to despair my own).

Now, three and some years later, I’m no longer inclined to cast my struggles in graduate school as a morality play. I can see my failure to flourish as something much more mundane: a misalignment. The tempo of teaching and research, the incentive system of academia, and the relatively lonely work of traditional humanistic scholarship didn’t align well with my own needs—for balance, for social impact, and for meeting shared goals through cocreative work.

I’m lucky that, while struggling through the milestones of graduate school, I had the opportunity to pick up work “on the side” that slowly evolved into a career. In my first quarter on campus, I knocked on the door of my university’s Center for Civic Engagement. I’d spent five years after college trying to build a bridge between the education I received there and the pressing problems I saw facing my community, and I didn’t want to beat a retreat to the ivory tower now. So, throughout my eight years in graduate school, I volunteered, then served as a TA and later as a GA, at the center. I took whatever chance I could to integrate humanistic learning and community engagement. I mentored undergraduates in a service-learning program, I organized symposia around the public humanities, I taught nontraditional students outside the university, and I taught nontraditional, experiential learning courses within the university. In retrospect, it all makes sense: Now, at that very same Center for Civic Engagement, I work to create and support programming that helps graduate students close the gap between academic expertise and real-world impact. With the benefit of hindsight, I can see that everything I did in graduate school helped me build a skill set, develop a professional profile, and explore my passions. At the time, it all felt . . . scattered, fluky, and undisciplined.

But this piecemeal work turned out to be an incredibly important form of self-discernment. By experiencing new ways of working—with a different pace, structure, and sociability from academic work—I finally learned what I need to flourish in a role:

Boundaries: One of the harder parts of both teaching and research for me was its capacity for endless expansion. I would teach one three-hour course per week and agonize over it for another thirty hours per week. I would begin following a bread crumb trail of references and still be pulling books from the stacks nine hours later. Those who flourish in academia no doubt find ways to discipline their attention, limit their grading and prep time, and decide when “enough’s enough” for that literature review. I flourish when my days are flush with concrete, time-bound goals. Concrete and time-bound are not the opposite of analytical or demanding, of course. Although I do enjoy having daily tasks easy to check off my to-do list, my work also requires conceptually knotty, creatively stimulating projects that stretch over months and years. Indeed, one of the things I love most about my current role is that it offers me the autonomy and creativity I enjoyed as a graduate student but with one critical tweak: accountability.

Accountability: Ideally, academia balances the freedom to direct your own work with the responsibility of defending that work to your peers. For whatever reason, the mechanisms didn’t work for me. On the one hand, I felt unduly restricted by the incentive systems of academia—what’s “marketable” and what “counts” in tenure review—when it came to choosing the work I pursued. On the other hand, I found no satisfying answer to the question, For whom is this work? When I did pursue questions that mattered to me, I was painfully aware that they mattered to me. I learned to frame those pursuits so as to respond to questions that mattered to others—“the field” or “a community of scholars”—but I was unable to shake the feeling that my “contribution” was license dressed up to look respectable. Given the obvious challenges facing our world, what right did I have to pursue questions that mattered mostly to myself? ​​​​​​​

Collaboration: One early sign that the professoriat and I were perhaps not meant to be was that I was stunned to discover how fervently antimeeting academics are. I subscribe to the principle that democracy is an endless meeting. I love the aspects of my work that require me to collaborate, codesign, and cocreate—partially because of the assurance that I’m part of something bigger than myself, partially from the relief from the nagging critic in my head (solitude is so noisy), and partially because cocreation can (but does not necessarily) topple artificial hierarchies that suppress innovation and inclusion. Although there are wonderful new modes of collaborative humanities scholarship appearing every year, I was unable to find my way into that work while pursuing research. But in designing programs with community partners, through connecting students with activists and advocates, and by building new mechanisms for engagement with colleagues from across the university, my desire for common purpose is met—and rewarded with stronger results.

In a couple of weeks, I’ll host an event for PhD students about how to pursue a mission-driven career. Among my recommendations, I’ll suggest that students value the rhythm, reward structures, and relationships embedded within a given work opportunity as much as they do title, role, and responsibilities. I suspect they’ll find that these prosaic aspects of work matter as much to their flourishing as anything else.

Ruth Curry is a staff member at Northwestern University’s Center for Civic Engagement.