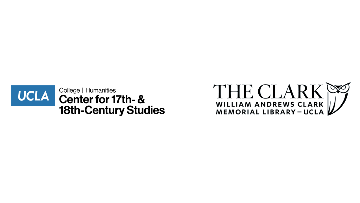 Salary
Stipend: $53,460 for the three-quarter period

The theme-based resident fellowship program, established with the support of the Ahmanson Foundation and the J. Paul Getty Trust, is designed to promote the participation of junior scholars in the Center’s yearlong core program. Awards are for three consecutive quarters in residence at the William Andrews Clark Memorial Library. Scholars must have received their doctorates in the last six years, and their research should pertain to the announced theme. Fellows are expected to make a substantive contribution to the Center’s workshops and seminars. The core program for 2021-22 is:

Victorian Apocalypse: The siècle at Its fin

To many commentators in the 1890s, the increasing circulation of the term “fin de siècle” as a means of characterizing an age in terminal decline intensified fears about the apocalyptic end of culture, whether through understandings of disease and epidemics, in literary narratives about the decay of the human species, or via troubled reflections on Earth’s finite resources. “Victorian Apocalypse” approaches each of these formations in turn. The core program concentrates attention on materials that relate to several of the Clark Library’s fin-de-siècle collections, especially “Oscar Wilde and His Circle,” a large archive that encompasses many materials belonging to a range of artists and writers–not just to Wilde himself and his immediate circle, but also to publishers such as John Lane, with whom he developed a close relationship.

Our program derives from the close scholarly links that the three program organizers have forged since June 2007 when we participated in the NEH-sponsored summer seminar dedicated to the Clark’s immense Wilde archive. We appear in Joseph Bristow, ed., Wilde Discoveries: Traditions, Histories, Archives (2013), which developed from our seminar discussions and a subsequent conference held at the library in 2008. Our main publications that connect with the fin de siècle include the following: Joseph Bristow (with Rebecca N. Mitchell), Oscar Wilde’s Chatterton: Literary History, Romanticism, and the Art of Forgery (2015); Neil Hultgren, Melodramatic Imperial Writing: From the Sepoy Rebellion to Cecil Rhodes (2014); and Elizabeth Carolyn Miller, Slow Print: Literary Radicalism and Victorian Print Culture (2013). At present, Joseph Bristow is completing “Oscar Wilde on Trial: The Criminal Proceedings, from Arrest to Imprisonment.” Neil Hultgren, who has held a postdoctoral fellowship at the Clark, is focusing on “Cosmic Romance: British Popular Fiction and the Universe, 1885–1925,” which concentrates on a range of invasion and apocalyptic fictions from the fin de siècle. Meanwhile, Elizabeth Carolyn Miller, with the support of an NEH fellowship, is developing “Extraction Ecologies and the Literature of the Long Exhaustion, 1830s–1930s.”

On 25 May 1895, when Oscar Wilde was sentenced to jail for committing acts of gross indecency with other men, the National Observer thanked the Marquess of Queensberry for destroying “the High Priest of the Decadents.” Wilde’s imprisonment marked not only one of the most prominent episodes that brought the supposed immorality of fashionable Decadence to public attention; his case was also surrounded by emergent discourses of degeneration, ones that viewed his homosexuality as a pathology that was a clear symptom that Western culture was caught in a sexual and racial downward spiral. This conference will bring together cultural critics and historians of science and medicine to explore the ways in which the 1890s and the turn of the century witnessed in both Europe and North America a turbulent series of fears and fascinations with social types whose ethnic and erotic identities conveyed the idea of a maladie du siècle. This was a period when writers and artists such as Rachilde, Natalie Barney, and Renée Vivien began to write sensationally and unapologetically about Sapphic desire. It was, too, an era when the Decadent movement in the arts was not uncommonly criticized through metaphors condemning its leprous properties, and when new understandings of bacteriology, epidemiology, tropical medicine, and infectious disease were being undertaken. Further, as several recent critics have acknowledged, the emergence of a seemingly disease-ridden Decadence bore certain degenerate qualities that created the conditions for an identifiable Modernism to emerge in the years leading up to the Great War.

Topic 2: Nightmares and Resurrections: The Temporalities and Endings of the fin de siècle
Winter 2022

Literary critics, historians, and art historians have long noted the distinctiveness of the Victorian fin de siècle as a period of self-conscious conclusions, in which an aging monarch, a fragile empire, and wistful literary attempts to gauge progress or decline over the course of the nineteenth century culminated in a sense of loss and anxiety. The narrator of H. G. Wells’s The War of the Worlds (1899) ends his story by emphasizing death or artificial life, as he imagines that the “busy multitudes” of London are no more than “phantasms in a dead city, the mockery of life in a galvanised body” after the Martian attack. Yet the last years of the nineteenth century are not only distinctive because of their historical singularities or even their doomsday zeitgeist. In part, scholarship on the fin de siècle has thrived in light of fears and anxieties about the late twentieth century, with the 1890s receiving attention because of potential parallels with the 1990s. Scholars of fin-de-siècle writing have since the 1990s, however, attempted to imagine an approach between historicism and presentism, or what Sally Ledger and Scott McCracken described in 1995 as “a sophisticated historical criticism which is capable of standing back not only from the period but also from our own time, and then examining the dialectical relationship between the two.”

Taking its cue from Ledger and McCracken, this conference focuses on the fin de siècle’s ability to provoke critical examination of the concepts of temporality and eschatology, as well as the proliferation of temporalities allowed by historical, scientific, and cultural developments of the late nineteenth century. The Victorian fin de siècle provokes questions about the boundaries of literary, artistic, and historical periodicity and invites critics and scholars to explore previously ignored temporalities related to science, religion, and nation. What is the relationship between, for instance, the fin de siècle and the temporalities of territories and cultures outside of England, in light of the adoption of Greenwich Mean Time in 1884? How do late-Victorian discoveries in Egyptology, geology, and archaeology shape the understanding of the fin de siècle by scholars of the period? How does the period’s fascination with spiritualism, the occult, psychical research inform Victorians’ understandings of time and endings, or, alternatively allow them to imagine new forms of continuity beyond death or the extinction of humanity? What are we to make of the fin de siècle emergence of science fiction in the scientific romances of H. G. Wells and M. P. Shiel, or the prominence of apocalyptic destruction in late-Victorian Gothic writing by Arthur Machen or Marie Corelli? How does our understanding of the Victorian fin de siècle shift when we consider Einstein’s subsequent discoveries about time, gravity, and velocity beginning in 1905 or, alternatively, developments in early twenty-first century physics that dismiss time as an obsolete scientific concept?

Critics of fin-de-siècle literature and culture have long associated this period with devolution and decline, and with a newly pessimistic vision of the future that starkly opposed the Victorian doctrine of progress. While the origins of this philosophical turn are various and have economic, religious, and geopolitical dimensions, recent critics of the fin de siècle have begun to connect the era’s melancholy atmosphere with the environmental changes wrought by the nineteenth-century Industrial Revolution–changes that emerged by the end of the period as both irreversible and profound.

The British Empire in the nineteenth century, newly powered by steam, engaged in a global terraforming project on an unprecedented scale. Mines, railways, factory pollution, and the extractive industries of global empire left marks on the earth that told a story of extreme social and environmental change over the course of mere decades. Many thinkers at the time understood how these social and environmental changes were intertwined, and how the decline of nature also portended the decline of the human. John Ruskin’s The Storm-Cloud of the Nineteenth Century (1884), for example, diagnosed the gloomy skies of industrial England as a consequence of “poisonous smoke” rising from “furnace chimneys,” but also an ominous sign of human finitude: “dead men’s souls.” In the early decades of the nineteenth century, Britain was the first nation to transition to a coal-fired economy, which accelerated production and fast-tracked the imperial project, but by the end of the century, economic and political woes intermingled with new fears about the finitude of Earth’s resources, voiced by political economics such as William Stanley Jevons in The Coal Question (1865). The fin de siècle thus foretold not only the decline of British Empire, but ultimately the decline of human civilization.

Scholars will need to have received their doctorates in the last six years, (no earlier than 1 July 2016 and no later than 30 September 2022). Scholars whose research pertains to the announced theme are eligible to apply. Awards are for three consecutive quarters in residence at the Clark.

Stipend: $53,460 for the three-quarter period including paid medical benefits for scholar and dependents.