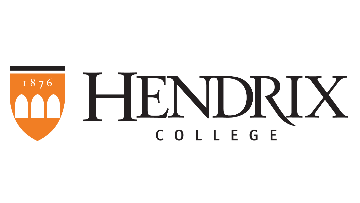 Hendrix College invites applications for a Murphy Visiting Fellow in Literature and Language, to begin in August 2021. This is a two-year position with the possibility of extension to a third year. The College seeks to extend its tradition of excellence in teaching and scholarship by attracting faculty who combine mastery of their disciplines with broad intellectual interests and commitment to the aims of a liberal arts college. The Foundation seeks applications from postdoctoral scholars whose teaching and writing focus on Spanish language and literature, open specialty. The Fellow will teach introductory Spanish language courses and courses in the specialty area as determined by department needs. They may also have the opportunity to teach Oxford-style tutorials on Spanish literature in English translation; if so, appropriate training in that pedagogy will be provided by the college.

The Murphy Visiting Fellow in Spanish is expected to be in residence at Hendrix throughout two academic years. This is a blended teaching-programmatic position and is one of three Murphy Visiting Fellows in the departments of Languages, English, and Theatre Arts and Dance. As faculty members, Murphy Visiting Fellows will teach three courses in the first year (one in the fall semester and two in the spring) and four courses in the second year (two in the fall and two in the spring). As program staff, they will support the Murphy Scholars Program through organizational assistance, informal advising and mentoring of Scholars, and community-building. Doctorate is preferred; ABD will be considered. The salary is $47,000 annually, plus benefits, plus $2,000 in moving expenses and $1,200 in professional development funds.

The programmatic part of the position serves the Hendrix-Murphy Foundation (https://www.hendrixmurphy.org/), an endowment whose mission is the enrichment and enhancement of literature and language at Hendrix College. Although much of the Foundation’s programming is college-wide, its core activity centers on the Murphy Scholars Program in Literature and Language (https://www.hendrixmurphy.org/o/hendrix-murphy-foundation/page/about-the-program--7).

Applications should include a cover letter addressing the candidate’s interest in teaching in a demanding liberal arts environment, a curriculum vitae, a statement of teaching interests, evidence of teaching effectiveness, and copies of undergraduate and graduate transcripts. Materials should be submitted electronically at https://jobapply.page.link/2hPc. In addition, three letters of recommendation should be sent by e-mail to facultyrecs@hendrix.edu. Address cover letter to Dr. José Vilahomat. Review of materials will begin on January 19 and will continue until the position is filled.

Hendrix is a distinguished liberal arts college located in Conway, Arkansas, thirty miles from Little Rock at the foothills of the Ozark Mountains.  The College, affiliated with the United Methodist Church, has a strong commitment to excellence in teaching liberal arts.  Hendrix College strives to maintain an environment free from discrimination and harassment, where members of the Hendrix Community treat each other with respect, dignity and courtesy. The College adheres to the principle of equal educational and employment opportunity without regard to age, race, color, religion, gender, disability, sexual orientation, gender identity or expression, genetic information, or national origin.

The following individuals have been designated to handle inquiries regarding the non-discrimination policies:

Julie Brown, Director of Academic Success and Section 504 Coordinator, brownj@hendrix.edu (not for applications), 501-505-2954