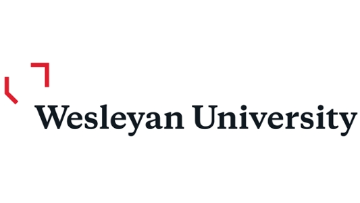 The College of Letters at Wesleyan University invites applications for a tenure-track Assistant Professor of Letters, beginning July 1, 2023.

We seek a scholar-teacher with expertise in premodern Islamic intellectual traditions and cross-cultural exchanges around the Mediterranean world. To be hired as an Assistant Professor at the time of appointment, candidates must have a Ph.D. in History, Literature, Philosophy, or in related interdisciplinary fields such as Comparative Literature, Intellectual History, History of Science, History of Rhetoric, History of Religion, Classics, or Qur’anic Studies. A successful candidate may be hired as an Instructor if the candidate does not have a Ph.D. in hand at the time of appointment, but will complete the Ph.D. within one year of hire.

The successful candidate may work in classical Arabic, Syriac, Persian, Ottoman Turkish, Hebrew, Coptic, Ethiopic, Greek, Latin, and/or any number of related languages. Areas of research/teaching expertise may include instances of Muslim cultural transmissions and receptions between and within the societies of Europe, the Middle East, and North Africa, such as the Graeco-Syriac-Arabic “translation movement,” the cultures of al-Andalus, or Late Medieval travelogues. In their application materials, we encourage candidates to address the ways in which their research/teaching is informed by critical theories of gender, sexuality, class, race; or by academic subfields such as diaspora studies or translation studies.

The College of Letters (COL) is an interdisciplinary humanities program, offering a three-year B.A. major for the study of literature, history, and philosophy across the Mediterranean, Europe, and the Atlantic from antiquity to the present. The curriculum emphasizes the close reading of texts across a wide range of genres as a method for pursuing an historically situated and critical understanding of cultural exchange and colonial expansion. The COL emphasizes collaborative pedagogy, interdisciplinary inquiry, and creative exploration. Our students learn with and from one another; they receive narrative evaluations instead of letter grades; and they pursue a scholarly or creative senior capstone project.

The teaching load is 2/2. In addition to offering courses in their areas of scholarly expertise, the successful candidate will be expected to teach in the COL’s sequence of five interdisciplinary colloquia for majors (Antiquity, Medieval, Early Modern, 18th-19th centuries, 20th-21st centuries), the first three of which are co-taught by an expert in the period and a non-expert. We expect the successful candidate to have expertise suitable for teaching the Medieval colloquium. Additional duties include supervising senior theses and essays, advising majors and pre-majors, carrying on a program of research, and participating in faculty governance at the College and University level.

Applications will be reviewed in two stages and should be submitted online at https://careers.wesleyan.edu/postings/8916