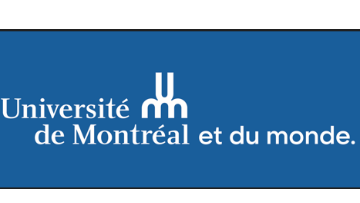 Salary
Competitive salaries and a full range of benefits

The Department of Literatures and Languages of the World invites applications for a full-time, tenure-track position of Assistant Professor in Drama in the English-speaking world (open field).

English studies at Université de Montréal are part of the Department of Literatures and Languages of the World, along with Comparative Literature, digital humanities, German studies, Hispanic studies, and Modern Languages. Graduate seminars and undergraduate courses in English Studies are given in English; however, French is the language of instruction and administration at the Université de Montréal.

As a city where French and English coexist and with individuals from a range of linguistic and geographical backgrounds, Montréal provides the ideal context for studies that focus on the contact and interaction between literatures, languages, and cultures. Our curriculum thus considers the social and cultural significance of various Anglophone literatures from around the world, including Canada/Quebec, the USA, Britain, Ireland, Asia, Africa, the Caribbean, and Indigenous literatures. Our courses reflect a variety of pedagogical approaches and perspectives, from inter-cultural and interdisciplinary to postcolonial, queer, and experimental, through the exploration of topics such as globalization, gender, sexuality, race, and popular culture. The department is home to two interdisciplinary research centres, the Center for Planetary Literary and Cultural Studies (CELCP) and the Digital Humanities Interuniversity Research Center (CRIHN), and the Interdisciplinary and Intercultural Crossroads (CII).