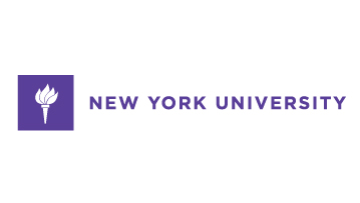 The Department of French Literature, Thought and Culture at New York University invites applications for two positions at the rank of Assistant Professor (tenure-track), beginning  September 1, 2023, pending administrative and budgetary approval. This position is part of a cluster hire initiative in the area of Black Diaspora Literary Studies that includes other hires in the Departments of Comparative Literature, English, and Spanish and Portuguese.  More information about this cluster, and NYU's broader Faculty Cluster Hiring Initiative, can be found here, and here.

The department seeks to engage two new colleagues with specialization in Francophone and Black studies and a solid grounding in critical and literary theory, cultural analysis and history.  Priority will be given to sub-Saharan Africa and the Caribbean.  Applicants with a strong record of scholarly research and publication, inclusive teaching and mentoring, and creative ideas for interdisciplinary curricular programming for a diverse student body in an urban university will be of particular interest.    The position calls for Ph.D. in hand by August 31, 2023 and native or near-native fluency in French and English. The teaching load is 2/2.  In addition to teaching and advising at the undergraduate and graduate levels duties will include contribution to the university’s lecture-scale CORE humanities curriculum.

Applicants should submit a cover letter, a CV, a writing sample in English or French (20-30 pages), two sample syllabi and three letters of reference, as well as a statement detailing their commitment to diversity, equity, and inclusion, using this link: http://as.nyu.edu/departments/facultydiversity/recruitment/diversity-statements.html).

Applications are due  November 1.  Review by the Search Committee will continue until the positions are filled.  Please submit applications through the following link https://apply.interfolio.com/114154.

The Faculty of Arts and Science at NYU is at the heart of a leading research university that spans the globe. We seek scholars of the highest caliber, who embody the diversity of the United States as well as the global society in which we live. We strongly encourage applications from women, racial and ethnic minorities, and other individuals who are under-represented in the profession, across color, creed, race, ethnic and national origin, physical ability, gender and sexual identity, or any other legally protected basis. NYU affirms the value of differing perspectives on the world as we strive to build the strongest possible university with the widest reach. To learn more about the FAS commitment to diversity, equality, and inclusion, please read
here: http://as.nyu.edu/departments/facultydiversity.html.