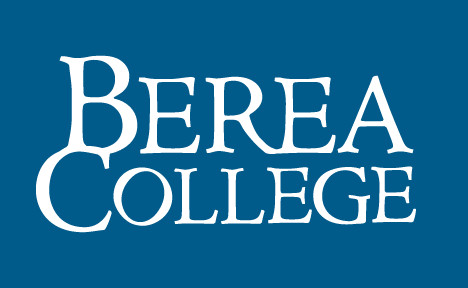 The English Department at Berea College seeks applications for a tenure-track position in pre-twentieth century American literature. The English Department envisions the category of “Americanist” broadly, and welcomes scholars with literary research interests in race, gender, sexuality, empire, settler colonialism, disability studies, transnational studies, critical ethnic studies, and/or environmental studies within the national context and more hemispherically. In conceptualizing the “Americanist” in a way that encompasses both traditionally canonical literatures together with traditionally excluded literatures, we especially invite scholars who may specialize in, for example, African American, Asian American, Latinx, or Indigenous American literatures. In addition to teaching courses in their specific fields of interest, the successful candidate should be able to design and teach the first half of the department’s American survey, a literary methods course, and first-year writing and composition to non-majors in the General Studies program. Applicants who also have a specialty in composition pedagogy are desired.

The successful candidate should hold a Ph.D. in American Literature or American Studies at the time of appointment. The ideal candidate will have an established record of superior teaching at the undergraduate level, evidence of ongoing scholarly growth and research, display professionalism when interacting with members of the Berea College community and demonstrate a commitment to carrying out the unique mission of Berea College.

Applicants should submit a letter of application, curriculum vitae, 500- to 1,500-word statement of teaching philosophy, graduate transcript and list of references to https://tinyurl.com/yrxky2tu.  Additional materials may be requested at a later date. Review of candidates will begin November 15, 2022 and will continue until the position is filled.

Founded in 1855, Berea College achieved national distinction as the first coeducational and interracial college in the South. Berea has a longstanding commitment to interracial education and is one of the most racially diverse private liberal arts colleges in the United States. With an emphasis on service to Appalachia and beyond, Berea enrolls 1,600 students from 43 states and U.S. territories and more than 70 countries. Berea College admits students who are unable to afford tuition and provides all of them a no-tuition promise, valued at more than $178,000. Berea’s students excel in the College’s supportive yet demanding academic environment, and many are the first in their families to attend college. As one of only nine federally recognized Work Colleges, all Berea students are expected to work 10-12 hours weekly in various positions across campus. Berea College was again named one of the nation’s “Best Institutions for Undergraduates to Earn their College Degree” in the 2022 edition of The Princeton Review’s book, The Best 387 Colleges. Berea also appeared on four other lists within the publication: Best Colleges in the Southeast; Best Value Colleges; Best Green Colleges; and Tuition Free Schools. Berea College is ranked #148 by The Princeton Review–the highest-ranked Kentucky college, and the #3 “Best Value College” in the nation. Berea is one of only two private institutions ranked in the Top 10 for Value in the Wall Street Journal/Times Higher Education (THE) 2022 College Rankings. The Washington Monthly ranks Berea College #13 among the nation’s liberal arts colleges, recognizing Berea for maintaining “consistently high rankings thanks to their economic diversity, relatively strong graduation rates, and commitment to meeting students’ financial need.” U.S. News and World Report Rankings lists Berea as #30 among National Liberal Arts Colleges, including ranking Berea #1 in Service Learning, #2 for Most Innovative Schools, #3 in Co-ops/Internships, #4 in First-year Experiences, and tied for #13 in Best Undergraduate Teaching.