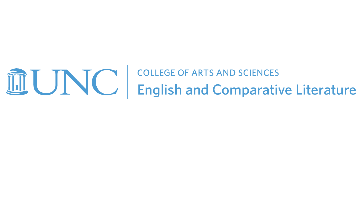 Salary
Dependent on Experience and/or Qualifications

The Department of English and Comparative Literature invites applications for a tenure-track position as assistant professor in Black Film Studies with expertise in African American and/or diasporic Black cinema. We welcome a range of approaches but are especially interested in candidates with one or more of the following research strengths: Black critical theory, film theory and history, queer of color critique, and aesthetics. Preferably, applicants will also have the ability to approach cinema in relation to African American literature and other Black media. The successful candidate will be well qualified to teach courses within our Film Studies program, from introductory surveys to doctoral seminars, with a teaching load of two courses per semester (2/2). Annually, they can expect to teach three courses in Black film (and may elect to teach core courses – e.g., Film Analysis, History of Global Cinema – with a focus on, or through the theoretical lens of, Black film) and one course in African American literature and media. They will be able to develop new courses related to the aforementioned fields as well as their research agenda, direct doctoral student research, and offer a graduate course in Black Film Studies every two years. The position is open to candidates with interests across historical periods and contexts, and we welcome a variety of methods, including historical, theoretical, aesthetic, archival, and practice-based research. The anticipated start date for this position is July 1, 2023. Salary is commensurate with qualifications and experience

The Department of English and Comparative Literature (ECL) boasts a 225-year history. Current course offerings present diverse approaches to studying, producing, and appreciating literary and non-literary texts. We pursue a four-fold mission to 1) explore the history and significance of American, British, and world literature; 2) promote interdisciplinary connections and incorporate the study of culture, theory, and history into our research and courses; 3) offer training in rigorous thinking, precise analysis, and critical reading; and 4) foster practical skills in rhetoric, composition, and expression in essays, creative pieces, even emerging forms of digital media. ECL is home to the undergraduate and graduate programs in English and the undergraduate and graduate programs in Comparative Literature, as well as various certificate programs. The Department of English and Comparative Literature houses a ten-course undergraduate major concentration in Film Studies and the Graduate Certificate in Film Studies. We also administer the popular Global Cinema Minor in close coordination with other departments, including African, African American, and Diaspora Studies; American Studies; Art and Art History; Asian and Middle Eastern Studies; Communication; Romance Studies; and German and Slavic Languages and Literature. The Film Studies program serves as the hub for cinema culture on campus. Film Studies faculty curate the Ackland Film Forum, a semester-long film series sponsored by UNC’s Ackland Art Museum, and the Triangle Film Salon, a lecture series with visiting scholars and artists. Other campus resources for faculty include the Sonja Haynes Stone Center for Black Culture and History, which hosts the annual Diaspora Festival of Black and Independent Film; the Institute for the Arts and Humanities; the Institute of African American Research; the Center for the Study of the American South; the Asian American Center; the Center for European Studies; the Carolina Asia Center; and the University Libraries, including the Media & Design Center.

In 2021, the Department of English and Comparative Literature celebrated 225 years of rhetoric, writing, film, and literature at Carolina. In 1969, Blyden Jackson became the first tenured Black faculty member, later serving as associate dean of the Graduate School, helping to recruit and retain Black graduate students and faculty members. Since then, the department’s faculty has included luminaries of Black literary, visual, and cultural studies, such as Trudier Harris, Mae G. Henderson, Bill Andrews, James W. Coleman, and Randall Kenan. The Department of English and Comparative Literature enthusiastically supports UNC-CH’s diversity policy, which affirms that the University is an equal opportunity, affirmative action employer and welcomes all to apply without regard to age, color, disability, ethnicity, gender, gender expression, gender identity, genetic information, national origin, race, religion, sex, sexual orientation, or veteran status. We welcome applications from candidates who will add to the ECL’s diversity. You can read our departmental diversity efforts here. https://englishcomplit.unc.edu/diversity-inclusion/.The College’s policy concerning diversity can be found here. https://diversity.unc.edu. The University of North Carolina at Chapel Hill is the flagship institution of a strong state university system comprising 17 campuses across North Carolina. Neighboring institutions within 25 miles include Duke University, North Carolina Central University, North Carolina State University, and Elon University. Chapel Hill is a vibrant college town near the Research Triangle economic hub and 20 minutes from Raleigh-Durham International Airport.